What  Is Tesla Restaurant?

Elon Musk has disrupted and conquered every market, today we’re talking about his latest venture the Tesla-badged restaurant. 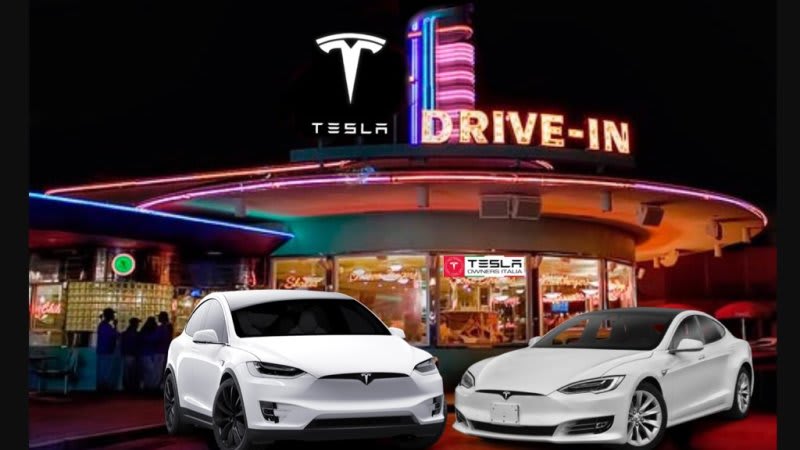 Elon Musk also confirmed in subsequent tweets that his Tesla restaurant would also show clips from the 100 best classic movies, also Tesla drivers may be able to see the restaurant’s menu on their cars’ infotainment systems as soon as they pull into the joints. The tweet made headlines and got a bunch of attention back in 2018.  but things went quiet after a few months after the tweets and people started to take it as a joke. But a year later  Tesla applied for a permit in Santa Monica for a combination of restaurants and supercharger stations and after that, it confirmed Elon Musk was not kidding about the restaurant.

You can order food from your Tesla screen as soon as you enter the site and either sit in the car while it’s charging and wait for your food to be served in the car or go to the dining area and enjoy your meal there. This information was confirmed by Elon Musk through a tweet “major new supercharger station coming to Santa Monica soon hoping to have 50s diner and 100 best movie clips playing too. Thanks Santa Monica city!”.

The Design Of Tesla Restaurant

The design shows that Tesla is creating the station with solar shelters and other facilities there will be lavatories on-site as well as 62 superchargers making it one of the largest supercharger stations. Musk also confirmed as we talked earlier that the restaurant will be retro-themed and waiters will be serving food to the clients on roller skates while they charge their Tesla. But it’s not just you on have been teasing information about the restaurant but other board members have also talked about the possibility of Tesla opening a restaurant chain on their supercharger network.

The Idea Of Tesla Restaurant

JB Straubel tesla’s CTO also indicated in the FSTEC conference back in 2017 at the firm was considering entering the restaurant market, he said the company wanted to turn the supercharger stations into full convenience stores that also serve food. While he talked about how Tesla and customers could benefit from the idea he also showed his concerns about the project and how difficult it could be to enter a Newmarket for Musk by saying stepping into an entirely new arena will be a boon or curse for Elon Musk.

Tesla has always prioritized customer care thus Elon Musk has put over 25,000 individuals Andover 1826 supercharger stations worldwide in just 16 years of the companies life span to compete with gas stations these include 908 stations in the US, 98 in Canada 16 in Mexico 520 in Europe and 398 in the Asia Pacific region. This network of supercharging stations provides a great opportunity for the company to expand the business and provide both charging and dining to the customers at the same place and time.

How to get Better Sleep